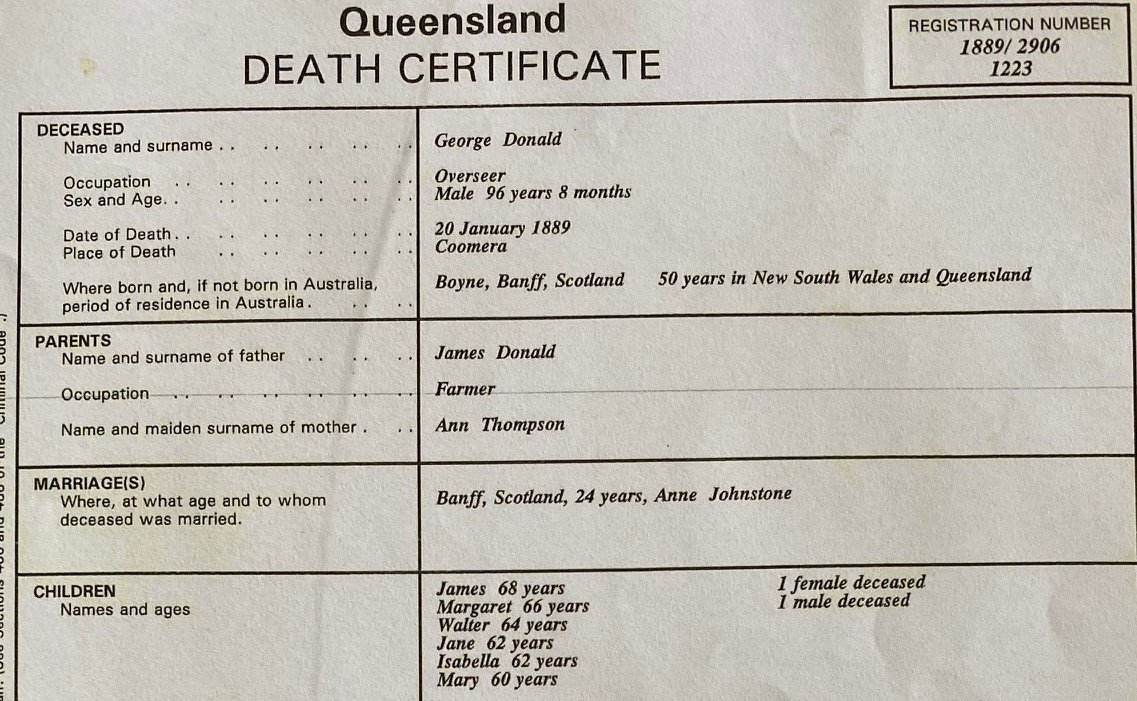 Cemeteries are like libraries. They are important in our communities for they are the keeper of stories and our history. I invited genealogist Daryn Sibley to share the story of his 4 x grandfather who was buried in a Gold Coast cemetery that has recently been sold, leaving his resting place in jeopardy.

This is Daryn’s story:

Researching your family history is like driving a country road – you aren’t sure where you’re going or what’s around the next corner.  It can be exciting and it can be downright frustrating, but it’s never dull!

COVID lockdowns were just the motivation I needed to escape into the past and learn some more about my ancestors, many of whom are named George!

I started following the road travelled by my maternal grandfather’s line. I have many fond memories of Grandad George, and his mother – my great grandmother – Grandma.  Grandma Clara Bridges was the granddaughter of George Bridges Snr who was the founder of the suburb of Nundah in Brisbane.  (I knew a lot about the Bridges family as Grandma was the second eldest of a family of 11 (!) girls, so there are plenty of extended family members who delight in telling stories of the Bridges family.)

Grandma’s parents were George Josiah Bridges and Rose Baker Smith. I cannot begin to tell you how excited I was to find the name Smith.  I thought to myself that ‘this is either going to get quite hard, or it will be really easy.’ I continued my research and Rose Baker Smith led me to her maternal grandparents – George Donald and Anne Johnstone.

George Donald was where my road took a sudden detour. He had died in 1889 so I was excited when one of my cousins sent me a photo of him. I couldn’t believe my luck – a photo of someone who lived more than 120 years ago!

I sourced George Donald’s death certificate which showed that he was buried in Upper Coomera. Brilliant!

If I was just doing straight genealogy you’d see he was buried at Coomera and move on. However, my fondness for visiting dead relatives and cemeteries got me looking further into it.

I checked the online records for the cemetery there but his name wasn’t there. I sent off an email to the Gold Coast City Council asking for help.

The Council responded quickly and drew my attention to a news item that had appeared on Channel 9 – exactly 12 months ago that very day. There were also subsequent articles in the Courier Mail and Gold Coast Bulletin. I was fascinated to watch the news story and see George Donald’s name on screen in the prime-time news! I wonder what he would have thought of all the attention on his resting place!

Why the media interest? Well, the Anglican Church owned a block of land in Maudsland on the northern Gold Coast, where the Holy Rood Church once stood. Sadly it was destroyed by fire in 1936 and was rebuilt in nearby Oxenford. The Church was now selling the site where the old church stood and the hunt was on to find the descendants of those buried in the former church grounds. Ground-penetrating radar had detected at least three graves on the site, but the identities of those buried there were a mystery!

The original Holy Rood church was built in 1887-88. The Church records were thought to have been lost in the 1936 bushfire so current Parish Manager, Rod Mengel, put his thinking cap on.

Mr Mengel searched through old newspaper articles on Trove in a bid to find the names of those buried there. The only name he could identify with reasonable certainty was that of George Donald, my grandfather. Mr Mengel had also searched My Heritage, and Grave Finder for listings of the Upper Coomera Church of England and the only name that was mentioned that did not later appear in records for the Coomera and Upper Coomera Cemeteries was that of George! The Church had found their Man – and I finally knew where George Donald had been resting since 1889!

So what happens to George now?

I wondered ‘what happens now?’ Does he stay there? Does he need to be moved? I know that a lot of early Brisbane burial grounds have been built on with the buried residents still in place: Suncorp Stadium and the Roma Street Traffic Island are just two of those sites. In the back of my mind, I hoped they would leave George Donald be. I sure would be grumpy if I was disturbed after a sleep of 123 years!

The Church was put in contact with some 15 or so descendants of George and his wife Anne and it was agreed that the Church would fund a plaque to be placed on the grave of George and Anne’s son James in the nearby Coomera Cemetery to honour their lives. As for George Donald, he will stay where he was buried in 1889 and 21st-century progress will continue on that land.

Finally, I had come to the end of my search and George had an end to his story.  A story that began in 1791 in Banff Scotland. He married Anne Johnstone on 12 December 1818.  They arrived in Sydney together with their eight children on the ship “Hero” on 26 September 1839. The shipping records show that they were of good health, could read and write, and were of the Presbyterian faith. George had been a farm servant on various properties employed by William Leslie of Aberdeen.  William Leslie’s son Patrick had migrated to New South Wales four years earlier and members of the Donald family recounted that the Leslie’s had paid for the Donald family’s fare to Australia and George continued working for the Leslie family. George and Anne moved around quite a bit and had a stint living in the Darling Downs area, before finally settling at Coomera.

I see myself more of a family historian than a genealogist, but admittedly, the two go hand-in-hand. I’ve always heard stories of “this Grandma always shopped here”, and “that Grandfather worked there”. I was fortunate that some of these businesses were still in existence and I too shopped there, walked past there, or just knew where it was. My interest was further peaked when my Cousin “Aunty Betty” published a book on 100 years of our family in Australia. As we learn about our ancestors, we learn about ourselves. Questions are asked, and sometimes answers are found.

I love all things Scandinavian – is this because my ancestors are Danish? I love to travel – I’ve discovered just how far and wide my ancestors lived and travelled in the 1800s – across the world, across Australia and one set of great grandparents moved from England to India, back to England and finally to Brisbane! That’s an awful lot of travel in the era before planes and cars!

I often look at old photos, drawings, and maps and wonder what my ancestors thought of these new buildings and bridges. I’ve even been lucky enough to find the ruins of castles my ancestors lived in, but that’s another story.

And that’s why I think The Bottom Drawer Book is important. Its pages are your opportunity for you to write the beginnings of your story. You may not believe it now, but your handwritten thoughts, memories, and adventures will be important to your family in years to come. 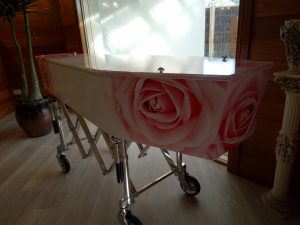