How does a woman die a spinster in a gold mining town? The tale of Elizabeth Richards. 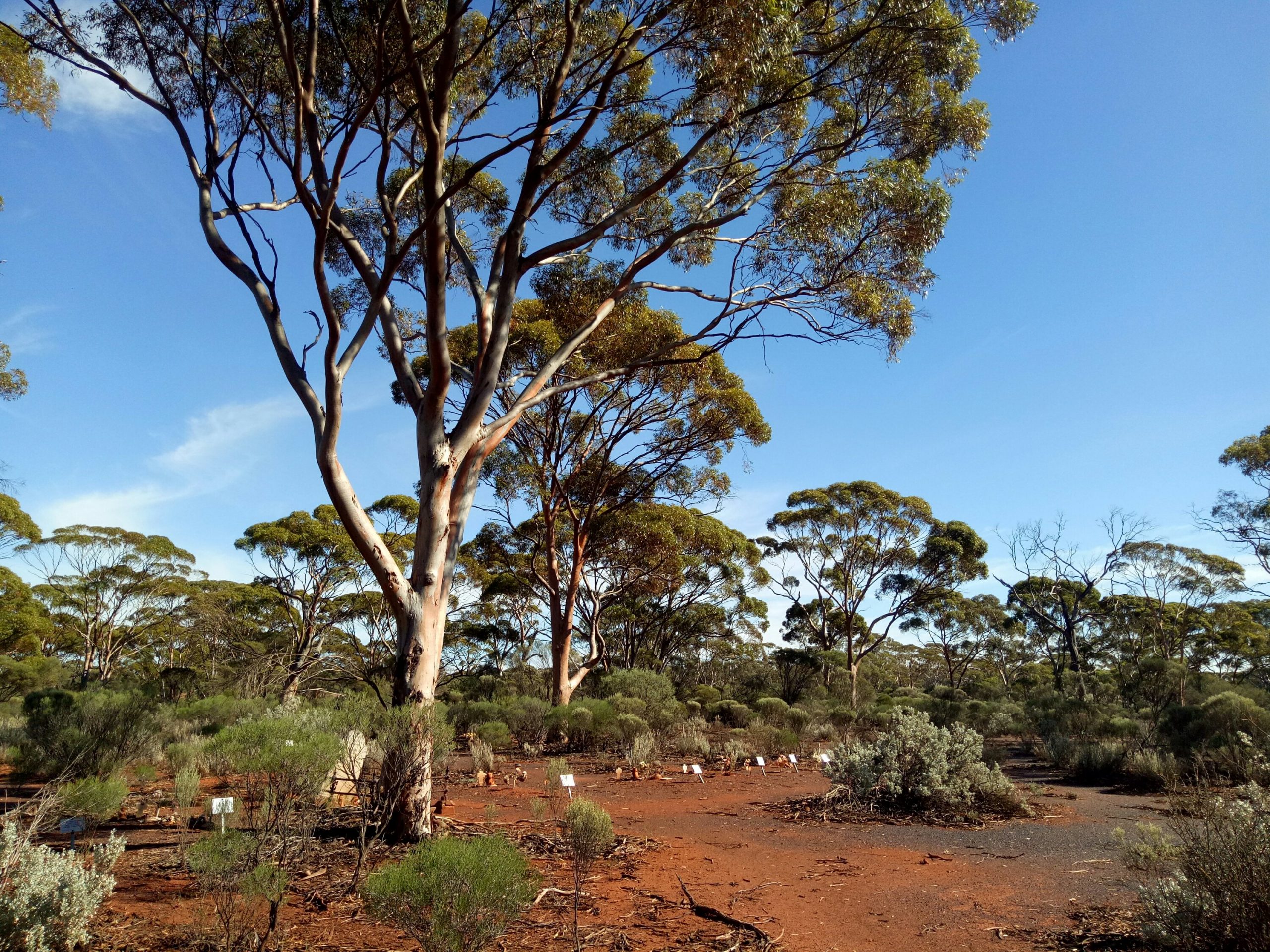 Only one woman lays in Ora Banda Cemetery, a remote cemetery in Western Australia’s goldfields. Elizabeth was 38 when she died in 1913. The cemetery’s records lists her occupation as ‘spinster’. She was the first person to be buried there.

It begs the question: how and why did a woman stay single in a gold mining town in the early 1900s? Men of all ages, single and married, came all over the country to make a living, leaving their families far behind.

That’s the beauty of cemeteries. One’s curiosity goes into overdrive and, if pursued, can often reveal the pioneering stories of the cemetery’s residents.

Elizabeth’s grave certainly gives nothing away. But her ‘spinster’ status made me wonder if she was a nun. A photo of her in a historical booklet in the Ora Banda pub (which has since burned down) didn’t give any indications that she was a nun.

I posed the question to a friend and she had a hilarious response: “You know what they say about blokes in mining towns – the odds are good, but the goods are odd! Maybe she looked at the lives of many married women then (drudgery) and thought, maybe I’ll just keep myself nice…”

An article about the funeral of Elizabeth Richards in the Roman Catholic magazine (31 May 1913) reveals that she was a “child of Mary”.

A Child of Mary was a member of a religious youth group girl, a young woman who was accepted into the ranks of catholic lay women and vowed not to marry a man who was not of Catholic faith. They wore a pale blue, full length cloak and a white veil for their meetings.

Elizabeth obviously stayed true to her faith until she died unexpectedly of rheumatoid fever. Or maybe there were slim pickings in Ora Banda in the early 1900s?

Either way, her grave and subsequent investigation reveals a small slice of goldfields history, as does an information board at the cemetery.

(NB. An ore pass refers to a sloped passage used for the transfer of material in underground mine workings. A shaft for the ore, if you like)

“An accident occurred at the Victorious Mine at 11:45pm yesterday, resulting in the death of William Murray Bailey. Bailey, with two other men, was trucking ore down a pass from the surface to the 100 foot level. At knockoff time Bailey could not be found and fears were entertained that he might have fallen down the pass. The shift boss went to the 100 foot level to run down about a truck full of dirt on the level when the body of the unfortunate man was discovered in the pass, and although the body was warm, life was extinct.

The late Mr Bailey had been a resident of Ora Banda for seven years and was highly respected by all he came in contact with.

The cortege was a long one, and over 50 members of the Miners Union marched behind the remains of their late comrade.”

🗞As reported in the Kalgoorlie Miner newspaper, Sept 1915📰

There was hearsay at the time that Mr Bailey was found without any shoes on. Why? No-one knows.

WILLIAM WILLOCKS: Another mine death.

“A terrible accident, resulting in the death of a man named William Willocks occurred after 1pm at the Victorious mine.

Willocks was engaged at a saw bench sawing up blocks when he somehow lost his hold on a piece of wood, which was held back with great force by the circular saw. It caught him full in the chest, stabbing his chest and also inflicting a bad gash to his throat. The unfortunate man retained consciousness for about 10 minutes, but with every possibility done for him he gradually sank, and died about an hour after the accident.

Immediately they were made aware of the occurrence, the management dispatched a motor car to Broad Arrow for medical assistance and it was back in the mine with Dr Dedermen in 1 hour 23 minutes, but Mr Willocks was beyond aid.

It is understood that the deceased was a married man and that he leaves a wife and several children who reside in Boulder. The children are four in number, mostly grown-up, the youngest being 13 years old. The deceased was about 55 years of age.”

🗞 As reported in the Kalgoorlie Miner newspaper, March 1914.

Not far from Elizabeth’s grave is the grave of William Wares who died six years after Elizabeth, aged 58. ⛏

This is how his death was reported in the Kalgoorlie Miner newspaper:

“Working with a mate Alf (Daffy) Parker at Williams old show at Paddy’s Knob, Christmas patch, they were working in a shaft which had been sunk 235 foot and Wares was breaking out a sample when a fall of ground occurred and buried him. Parker who was considerably bruised freed his mate and found he was still alive. Parker went for help but on his return found where’s had died in his absence.

Mr Wares was one of two brothers, native of Scotland, who had been prospecting here for a number of years and was well-known and respected throughout the district.

These brothers were twins. They worked as mates and camped together until the other twin James went to visit his sister who resides in Perth, on the account of ill-health, and remained there until about two months ago, when he was accidentally drowned while taking a bathe.”

Ora Banda Cemetery is off the beaten track, about 65 km north of Kalgoorlie. It, like all goldfields cemeteries, offer glimpses of our pioneering past. They were hard times.