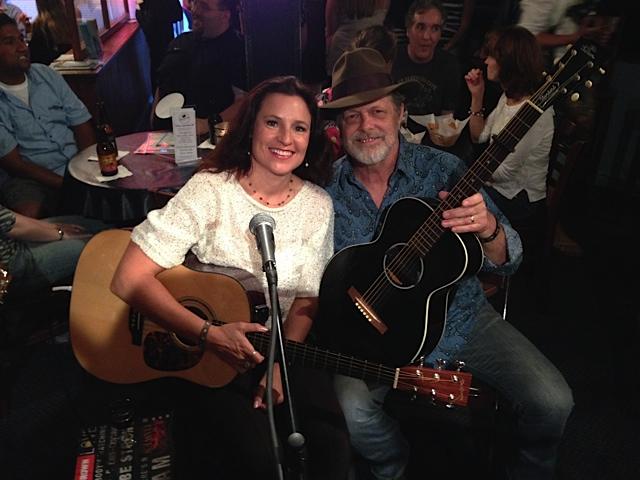 Writing a hit song is a creative process for any musician. So it comes as no surprise to hear of the unusual, yet innovative, ways the ashes of two country singer/songwriters have been scattered.

Sharing stories around a fire during a Facebook live concert this week, Bill Chambers, father of well known Kasey Chambers, spoke about what happened to the ashes of good friend Audrey Auld.

Audrey, a Tasmanian musician based in Nashville, was 51 when she died of cancer in 2015.

Bill describes her as “an unforgettable character”. She was described in one record review as “sweet voiced but tart-tongued and no nonsense”.

“After she passed away, her husband Mez came out to Tamworth, as he often did, and he brought Audrey’s ashes will him. He gave us all a little cylinder with some ashes in it which I carry in my guitar case.”

Some of her ashes were also sprinkled in the gardens of popular Tamworth music venue and hotel, the Pub.

“But the rest of the ashes… well … Mez and I went into the women’s toilets of the Pub and flushed them down the toilet.”

“He said, ‘I’m pretty sure Audrey would be happy with this’.”

“So, you ladies, every time you take a piss there, Audrey is watching,” smiles Bill.

Another late songwriter may not be able to perform in person anymore but he’s still making music on stage.

Some of the ashes of Man in the Picture songwriter, Garry Koehler of The Bobkatz, have been put in a shaker and have become part of the rhythm section.

The Bobkatz were country music festival favourites and won national awards at Mildura and received nominations for Golden Guitar awards in Tamworth.

“He was an amazingly understated percussionist, so his daughter Sarah put a bit of dad in a shaker and brought him on stage.

Sarah Koehler said she had the idea when she went into her father’s room after he had died.