Who should you call when someone dies at home? Funeral director Rick White discusses the practicalities of death. 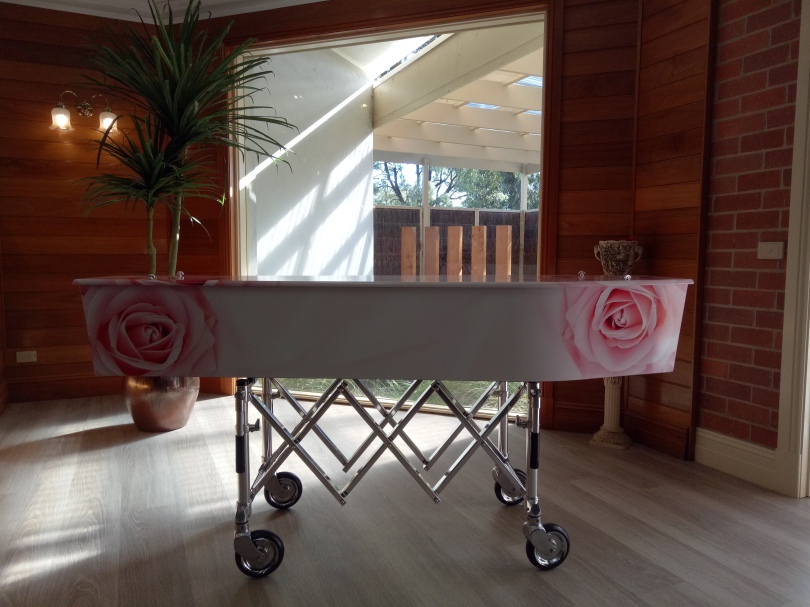 Rick White is a former funeral director from Tamworth in north west New South Wales. He retired after decades in the funeral business but still dabbles in funerals occasionally, lending a shoulder and his expertise to family and long-time friends when needed.

I sat down with him and asked him basic questions about what we should do when someone dies.

Who should we call when someone dies in the home?

Call the police or your local doctor.

“You can be with your loved one for a few hours if that’s what you’d like. If you’re not sure about what to do, the police are very good and very understanding and they’ll ring the doctor and the funeral director.

“The first thing we need, as a funeral director, is a death certificate.” If the deceased is known to the local doctor and the doctor knows there’s a illness that has likely caused death then it’s likely they’ll supply the death certificate.

However, if the cause of death isn’t obvious, the deceased will go to the coroner.

What does the coroner do?

The coroner identifies the cause of death and if often done at the mortuary at the local hospital.

(Ed: The coroner doesn’t necessarily require a post mortem. Here’s some info from NSW but it’s similar around the country.)

If I decide I need a funeral director, how do I find one that’s right for my family?

“Shop around and get a quote over the phone, get an idea of and a feeling for who you’re dealing with,” says Rick

“Or ask someone who may have had a funeral recently and get a recommendation.”

(Ed: I wrote a blog last year that looks further into the cost of funerals and whether you actually need to use a funeral director. Start reading from Section 3 here.)

“Let them know if you have money problems or you can’t afford anything over the top. They’re very understanding. One of the biggest costs is the coffin. The next biggest cost is the funeral director’s service fee.

“Included in that fee is the hearse, looking after the deceased person, certificate costs such as death certificates and cremation certificates if they’re going to be cremated.”

“You need a doctor to say that the person is not still alive and you need one from a general practitioner or the coroner (giving permission to cremate). And you need the closest person to the deceased or spouse to sign that (permit to cremate).” The reason for needing two certificates is because there’s obviously no going back.

(Here some more information about that. These are WA’s approvals but the paperwork is pretty similar around the country.)

Have you got any questions?

You’re welcome to leave any comments and questions on this blog and if I can’t answer them I’ll get Rick to. The answers will appear in another blog in a few weeks.