The grape-ful dead: A wine with body fit for a funeral. 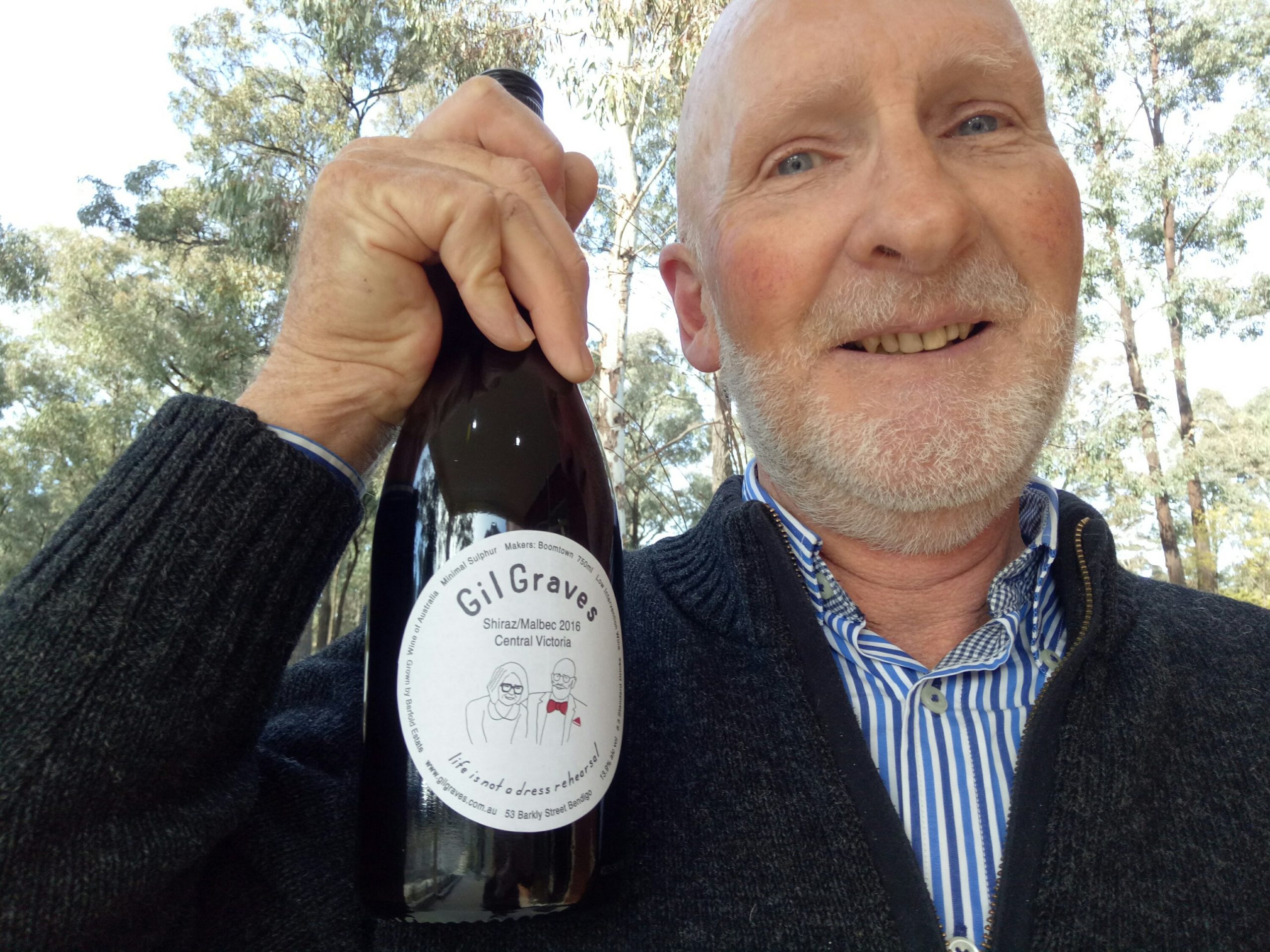 A grave is usually where a dead body lies, but not this grave. This grave is full-bodied, alcoholic and tasty and, like the green funeral movement, it’s working towards becoming as natural as possible.

I stumbled across GilGraves wine in central Victoria, not far from where it’s grown, and loved the simplicity of its label and the way it’s made.  It’s perfect for a ‘death over dinner‘ scenario or perhaps an upcoming Halloween party. And if you’re unsure about having that third glass of wine perhaps the label might help solve your dilemma: “Life is not a dress rehearsal!”

Ken Gilchrist’s vineyard is at Axedale, near Bendigo, where he grows four grape varieties with his wife Kaye Graves. (Hence the GilGraves name). Developing the vineyard in 2011, GilGraves now has 2,550 vines.

Ken and Kaye produce what’s called “low intervention” or natural wine. Their grapes are grown in an organic vineyard and during the wine-making process, nothing is added except for a bit of sulphur just prior to bottling.

“So what you’re tasting is basically just the fruit, rather than oak or additives that are usually introduced into wine. It’s not wine you would cellar, it’s wine you open and enjoy!” he said.

“It’s going back to the early wine-making practices of the French, Italian and Spanish centuries ago when they didn’t have any chemical additives.”

Growing grapes organically isn’t without its challenges. Ken works hard to control any mildew without chemicals and grazes Dorper sheep among the vines to keep any weeds in check.

More than a fad.

Back-to-basics wine-making has only emerged in Australia in recent years and Ken believes conservative wine critics have slowly come around to the idea of natural wines, realising it’s not just a fad.

He said it’s the young people who are driving demand for the emerging low intervention wine market because they take a real interest in the origins of the food and drink they’re consuming.

So, just as there’s a growing demand for a more natural funeral where no embalming chemicals are put into the body or lacquers and glues used to make the coffin, there’s also an increasing demand for simpler and natural wines.  It seems Australians are keen to get back to basics. And that’s worth raising a glass to! Cheers!